Home » Our Projects » Sing a Story

Produced by Mid Wales Music Trust in partnership with Sinfonia Cymru and The Hafren, with music composed by John Webb, originally developed for Wigmore Hall Learning

Sing a Story is a music and storytelling project designed to engage children aged between 4 and 7 years old. Originally devised by composer and music leader John Webb for Wigmore Hall Learning, it is based around a series of four classic children’s stories which are interwoven and brought to life using live music, songs, storytelling and dialogue. The show is structured to allow plenty of opportunities for the children to join in with singing, actions and call and response, and the whole project is supported by a resource pack for teachers.

Sing a Story was made possible through the generous support of the Arts Council of Wales, the Oakdale Trust, The Hafren and individual donors to the Mid Wales Music Trust.

“The children were so excited for the trip to the theatre, we only ever go to watch something every few years because of the ticket costs, so this was a great opportunity” 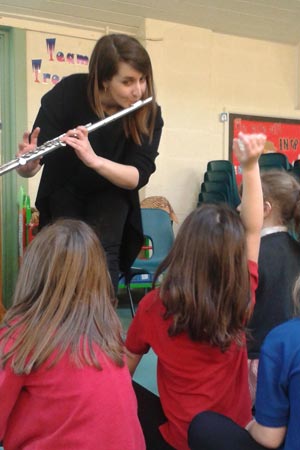