Home » Our Projects » Tempest at the Willow Globe

A re-creation of the opening tempest scene with song, masks for Ariel and her spirits, choreography and drama.

“I thought the tempest scene was really fun”

“I loved doing the Sailor’s Captain because I had a really long part! The Tempest is like one of my favourite plays. I love acting sooooo much!”

“I really liked making the masks with Mai and Richard, because you could make up your own ideas and I liked experimenting on different looks.”

A puppet show to introduce the characters of the island, with accompanying island soundscape.

“I liked the puppet making because it was really fun and there was no wrong way.”

“I liked making music with Sam and Raff I liked how you could feel the island’s magic with the scary noises, crunching of the leaves and the waterfall.”

A new song written by the children describing Miranda’s feelings when she sees Ferdinand for the first time:

“I really liked writing and performing the Miranda song and playing her, because in the song I got to say something that I wrote myself”

The children worked with Sam and Raph to make music and actions to accompany Caliban’s song:

“I loved it when Raff played trombown and I wish I could play the trombown … my favourite thing was the drama, music, puppets and the dance”

“Sam and Raph had a lot of energy and included us. I loved the Caliban song and the dance moves.”

The Banquet Scene was brought to life with papier mache food and mime:

“… I liked doing the banquet scene because it was challenging … and I liked going past the people and showing them the food but not letting them have it.”

“I really enjoyed Mai and Richard’s Banquet making. Me and Beth worked on the vegetables, and did broccoli, peas, carrots, leeks, celery and runner beans”

The wedding scene incorporated new vows created by the children for Ferdinand and Miranda.

“my favourite character was Miranda because she’s Prospero’s daughter, she’s really lovely and she married Ferdinand.”

“I loved doing drama with you Jethro because you gave me a lot of confidence to be in front of a lot of people. I loved the Tempest because I got to play Ferdinand in the play, and my favourite scene was the wedding scene.”

Caliban’s plot to murder Prospero unravels when his accomplices Stephano and Trinculo are distracted by Prospero’s washing line:

“I loved doing drama with Jethro and Vee because it was very funny when we did the scene with Caliban, Trinkalo and Stefarno and I’d like to do it again”

Prospero is reconciled with his brother Antonio, King Alonso and the Lords, and Ariel is finally set free.

“My favourite character was definitely Ariel because it makes me think of every thing in the world that I love. My favourite scene was when Prospero set Ariel free. I think you’d guess why.”

“the reason I liked the Tempest was because of all of the thrill, the drama and the music.”

Without the generous support of our funders this project could not have taken place: 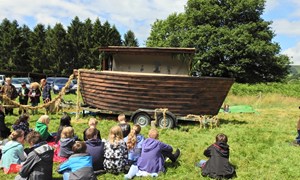 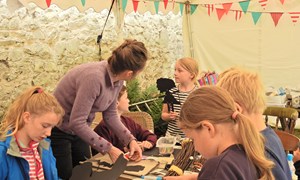 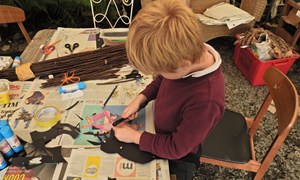 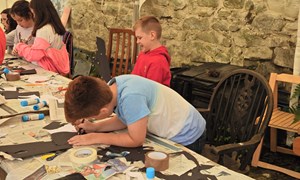 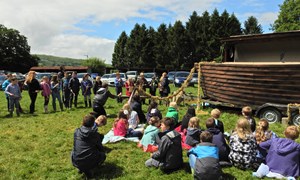 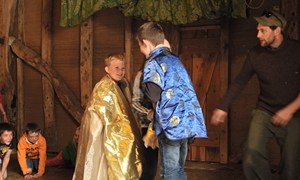 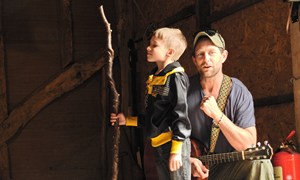 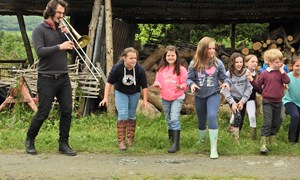 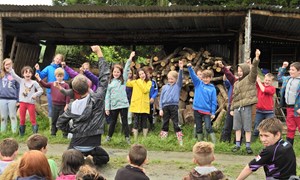 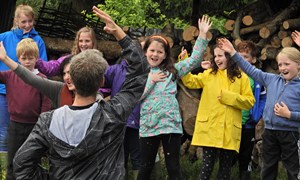 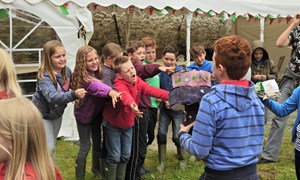 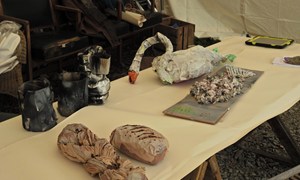 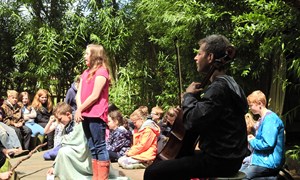 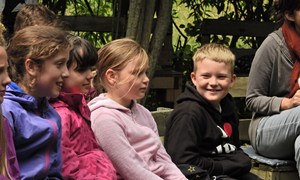 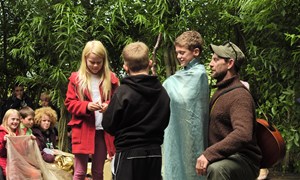